Granges in Snohomish County have been a staple of the Evergreen State Fair since the beginning. A “must-see” highlight for many fair visitors each year is seeing the Grange displays in the Display Hall.
The Grange is a fraternal, grassroots nonprofit organization rooted in agriculture and committed to providing the people of rural Snohomish County a strong and respected voice among our elected officials.Originally an organization of farming families, the Grange now embraces both rural and urban members and still retains a strong rural and agriculture interest. Washington State has the largest number of Grange members in the nation. Snohomish County hosts 15 active Granges.

Grange members devote countless hours in service to their communities, reaching out to make sure the elderly, young and vulnerable, veterans and those in need are given the attention they deserve. Snohomish County granges sponsor many community service projects, as well as contests for talent, poetry, arts, craft and photography, baking, canning, candy-making and sewing/needlework contests and education programs.
Community service projects include Words for 3rds Dictionary Project, quilts for the Linus Project, quilts for the Brave (troops & families), collections for the troops, donations to local food banks, Putting out the Flags (Monroe-Tualco Grange), stuffed toys for local hospitals/fire stations, knitted and crocheted hats for premature infants and cancer patients, quilts for Downs Syndrome babies, and donations to schools and charities.

Nationally, the Grange was the idea of Oliver Hudson Kelley (1826-1913), a Minnesota farmer and occasional journalist who in 1866 was sent to the South by the federal Bureau of Agriculture to assess the state of farms and plantations ravaged by the Civil War and without the slaves on whose backs they had prospered.
He found that his status as a fellow farmer could not overcome the suspicion and enmity of the defeated, but that his membership in the Masons often would. This led Kelley to conceive of a similar organization for farmers, one that would encourage them "to read and think; to plant fruits and flowers, beautify their homes; elevate them; make them progressive" (Minnesota Encyclopedia).
On December 4, 1867, Kelley and six associates founded the National Grange of the Order of Patrons of Husbandry. (The term "grange" comes from the Latin word for "grain" and was used in England to describe a farm and its buildings.) The first local Grange was started in Washington, D.C., in 1868, and the organization spread rapidly from there. Within five years there were approximately 9,000 local chapters across the country and almost 700,000 Grangers, as members came to be called.
Recognizing the importance of a viable agriculture and strong family unit, the Grange established these principles as the cornerstones of the organization. From the beginning, women had equal representation which has proven to be of great benefit to the Grange's success. It was the first organization to give women an equal vote with men in 1867, as well as full and equal recognition. 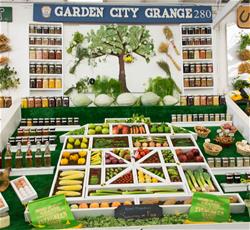 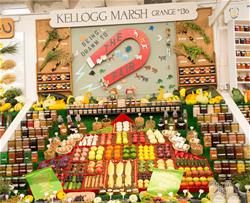 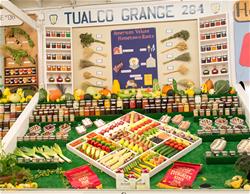 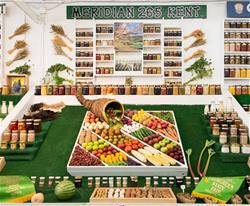 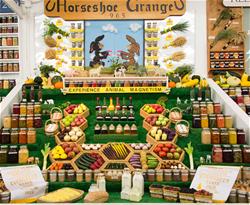 The seven-sided Grange emblem represents the seven degrees of the Grange and the seven founders. "P of H" stands for "Patrons of Husbandry". The name "Grange" was chosen because old English farm estates, each a complete community, were called Granges. The sheaf of wheat represents our interest in agriculture.