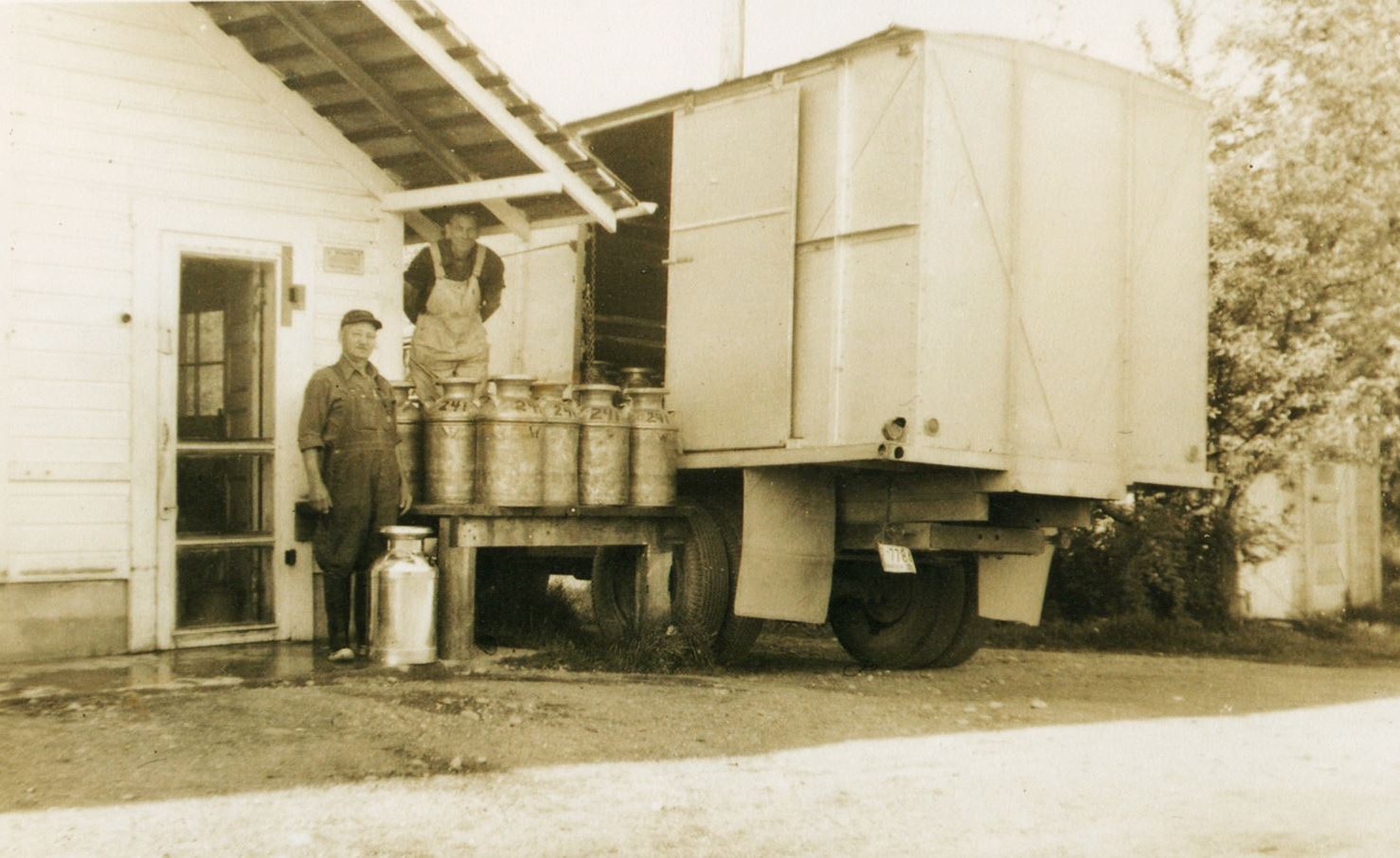 Carl was born in Sweden in 1886 and was the oldest of 9 children. Carl helped his father who was the animal caretaker for a man who owned a large mansion.  Mr. Lekberg who also worked there was the landscaper.  1905 The Lekberg family was ready to sail to America. He was to sail with his wife, Mitialda and 6 kids.  One week before they were due to depart, he died.  The ticket could not be refunded so they picked Carl Tillman to take his place to come to America. This was the largest immigration from Sweden to America with 500 to 6000 people arriving daily.   They sailed from Liverpool England and arrived in Boston, Massachusetts on September 30, 1905.  After they arrived in America they took the St Lawrence Seaway to Minnesota where they began farming.

In 1916 after WWI,   Carl Tillman and some of the Lekberg’s went to Washington and started farming in Mt Vernon. That year there was a wild snow storm, in one day it snowed 29 followed by extreme flooding. This prompted Carl to move to Arlington Heights where he purchased 40 acres of upland land at $20 an acre from Port Blakely.  The land was logged but it still had the biggest stumps so he thought it had the best soil.

In 1922 Carl married Mabel Freeburg. Mabel’s father Emil Freeburg sold his farm and bought 40 acres next to Carl and Mabel which would later become part of the Tillman farm.

The Tillman family grew fruit for the family because it was easy to grow but difficult to ship as a farm product. They found that dairy farming was the most prosperous, 10-20 cows was average however they had a large herd of 30 cows. There were all milked by hand, each of the cows were named and had personalities which made them part of the family.

Carnation picked up milk when they needed it.  When the milk wasn’t picked up, Carl would bring it to the creamery for butter products.  He later switched to Darigold when a group of local farmers got together so that milk would be picked up daily. At the time there was a Dairgold Creamy plant where Twin City Food is today which made butter and sour cream. Many of the Dairgold plants then came together and made a bottled milk Creamery.

Carl began logging and farming to help pay for the country road and he would keep the horses in his barn. He would also sell firewood to get extra money.   He would clear the land with gun powder that was surplus from Fort Lewis, a large stump took 100 sticks of dynamite.

As the dairy progressed Carl would barrow a young bull and he would use it for breeding and when bull got older he would return him, he slowly built up his herd this way. He would show the cows at the Puyallup fair and eventually bought a Wisconsin bull for $2500 in 1920.

Carl used his Model T car to pull plows and other equipment and used a Model T frame to hall hay and to get gravel from the river for the barn foundation.  Eventually his relatives the Magnison’s from Seattle who had a machine shop at Lake Union built him a tractor.

A small barn and a two room house were built in the 1920’s.  The house was insulated with newspapers.  The plan was to later turn it into a garage.  1936 the large barn and cerement house were compete.  For every 3 hours he work for the Nixon neighbors, they worked an hour helping design the big house and barn.  The barn was finished in 1934.  He worked at the Bear Creek Mill in exchange for lumber which explains why the barn 36 foot long bean with no knots in them.  The house was completed in 1936

The new house had hot and cold running water.  There was a wood furnace, cook stove.  The house was y water coils that heated the water.  They were stored in the attic and the gravity took the hot water through the pipes to the faucets.

In 1942 when Don was 8 he started driving the tractor and helping his father, Carl.  Don started running the farm at about age 13 in 1947 when his father got sick.  When he was quit school at age 15 in 1949 at about half way through his sophomore year his father had a stroke and couldn’t work and Don took over the farm. Life was simpler so he was also able to learn by watching and doing.

When Carl died there was no will.  The state, county and personal appraiser set the value of the land.  Half the farm went to Mabel.  Mabel was never the same as her husband and father died a day apart. The siblings got the rest. 1/ 6 went to Don, 1/6 to Helen and 1/6 to Marilyn.   Don first paid off the hospital bill then to his mother and last to his sisters.   From ages 15-18, Don worked for Valley Gem Farms as he was too young to work anywhere else. He worked 8 hours a day 6 days a week.  From ages 18 to 20 he worked nights hauling lumber for Pilchuck Plywood

Neighbors helped each other. Don shocking hay by hand he made piles so the rain would roll off, he put hay on the wagon hook on the hay track and carriage open fork so the hay drop in barn, 2 guys would mow hay around to build a large pile of hay in the barn   Don did all farm work accept some field work.   In December of 1956 he was in the drafted war where he served until 1960. While he was in   Korea he rented the farm and house.

Don met Ann Newhart because of a military mistake. He had just a short time left to serve so they were to put him near his home in Arlington, Washington however the officer that processed the paper work thought of Arlington cemetery near Washington DC. The closet base was Fort Mead Maryland.  Don tried to tell them they had the wrong Washington.  But the officer said, “Be quiet solder.  Get back in line. The military doesn’t make mistakes.”  Don had a car and his buddies wanted to go to a dance.  That’s where he met Ann, who was in nurses training and helping host the dance.  Don and Ann married April 20th, 1960.

Early on, Don needed lots of advice on how to run the farm.  He obtained his GED but with no formal farm education, he relied on the county extension agents.  The soil was so bad a local agronomist said to put it back into trees.  Don was not deterred.  He researched and got as much information as he could on fields, soils, rotational grazing and seed variety.  “The cows feed the grass and the grass feeds the cows”

Today the 330 acre Tillman farm is still an active dairy. Don and his son John farm an additional nearly 600 acres of leased land growing corn and grass for silage as well as hay. They currently milk approximately 300 with an additional 200 heifers and young stock to add to the milking string.

There are three grandchildren children, Brock Sorensen, Noah Sorensen, Cody Sorensen and great-granddaughter Clara who all enjoy the farm.

Don’s farming philosophy: It’s a balancing act- cows feed the grass and the grass feeds the cows. As you get information you start to adapt the current farming to fit the needs.  You can’t chase every ideas or you will go I circles. Go ahead or you will get behind, there is no standing still

Farmers are a jack of all trades, working knowledge of all kinds crops with effects of soil and weather, vet skills, business management and managing workers,